The capital and port of the island is Myrina, with a population of 5,000 inhabitants.

It is built on the same position which was the ancient city with the same name.Stretched out in front on two beaches which have between of them, a steepy and rocky peninsula, with the imposing castle and a wonderful view to the sea.

It is a beautiful town built in a traditional style. The sights of the city are: Karatzadeios Library, the Cathedral dedicated to the Holy Trinity with two wonderful belltowers, the Archaeological – Byzantine Museum with the largest collection of archaeological findings.

The harbor is one of the major points of interest in the city in which located several services,too.
From here starts the shopping street that connects the two bays.

Myrina divided in two settlements: the “Chas” and the “Andronis”. The “Chas” is Russian word that means “station” and maintained by the years in which the brothers Orlof, had beleaguered Turks in the castle of Myrina. For the name of the settlement “Andronis”, there are two points. The first is based on the relative myth according to, women of Lemnos cast all men of the island, from the Cape Petassos because they had dropped out them because of the stench of their bodies. At first, the area was named “Androfonion” and later “Andronion (Andronis). Although, most likely is the second version in which the settlement recieved the name of Andronikos III Palaiologos (1328-1341).

The castle: It dates from the 12th AD century and was built on the ruins of earlier Pelasgians wall. It is a registered trademark of the settlement and its’ view is phantasmagorial when illuminated at night. The view that is breathtaking is unique since everyone can see even Athos, according to the verse of Sophocles’ “scare away Limnia buff”. In the castle there are freely around 200 deer, which are another special touch to the landscape. The present castle view dates up to 1207, when the Venetians hegemonies of the island, repaired it.

The Romeikos Gialos: North of the castle, Romeikos Gialos is one of the two main districts of the city with fabulous neoclassical mansions, all built in the second half of the 19th century. It was the “Greek quarter” of the years of Ottoman domination and was named with this name, as opposed to the Turkish Yialos, located east of the castle and was the place where the Turks lived. These houses, testify the strength and the richness of the inhabitants of Lemnos who worked as traders in the cosmopolitan centers of the season, Odessa, Trieste and Alexandria.

The Ecclesiastical Museum: In a short distance located the Metropolitan Building which houses the Ecclesiastical Museum of the island with many dishes, icons, vestments and other sacred relics. Just beyond is the Cathedral of the Holy Trinity which was built with fishers’ money inhabitants of Lemnos in position of an old wooden church, in which Metropolitan of the island, Ioakim hanged by the Turks in 1870.

The Temple of Artemis: Near the city and into the area of the hotel complex “Porto Palace”, situated the Temple of Artemis, which discovered in 1993. The Sanctuary (in various phases of the Archaic to the Hellenistic period) except the main building has outdoor paved area, each of which there were rooms, auxiliary worship.

Plati village Lemnos: Its breath taking location makes Plati village one of the most beautiful villages of Lemnos. Located only 2 kilometers from Myrina, the village lies on the hill slopes, around the beautiful beach which is famous with various water sports activities.

With soft sand very and crystal clear waters the beach is quite safe for the children.

The village offers some dining options along the waterfront and inside the village with a nice variety of delicious meals.

The beach is well organized and tourists also have the option of sailing, with small yachts being provided to visitors.

The architecture is constant throughout the village with white washed buildings, complete with red tiled roofs.

Also located within the village is a small supermarket as well as a cafe. 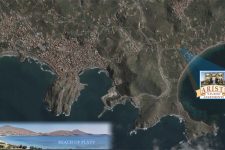 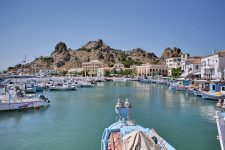 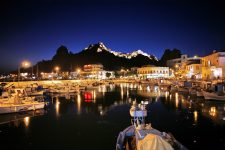 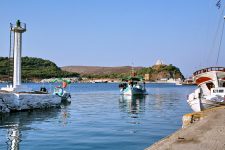 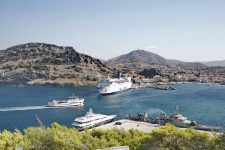 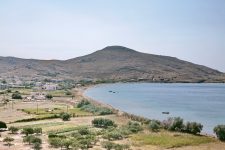 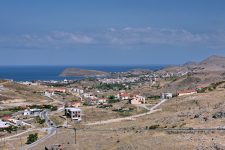 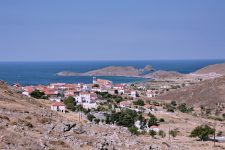 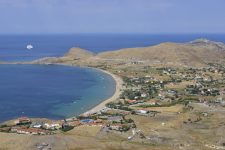 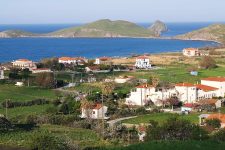 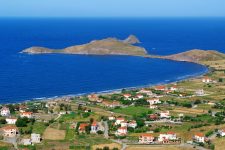 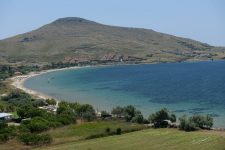 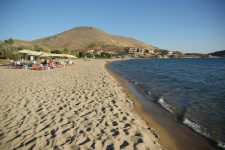 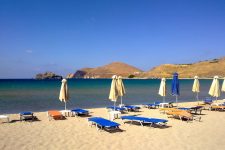 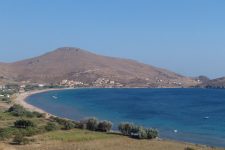 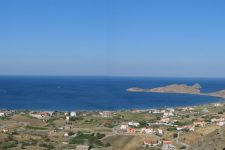 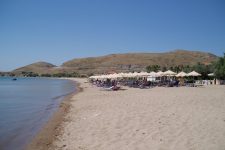 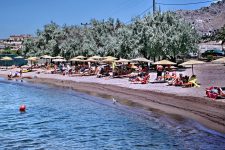 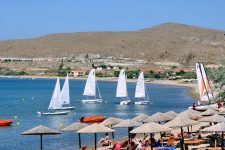 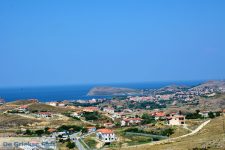 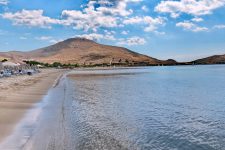 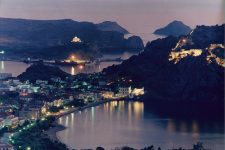 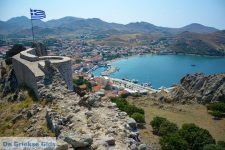 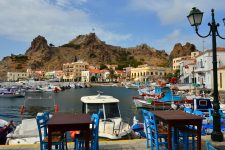 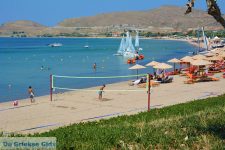 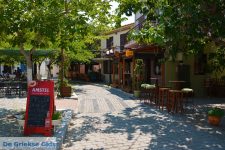 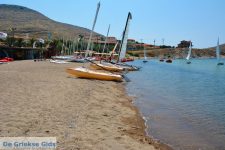 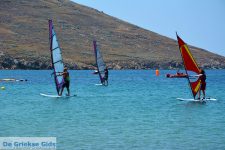